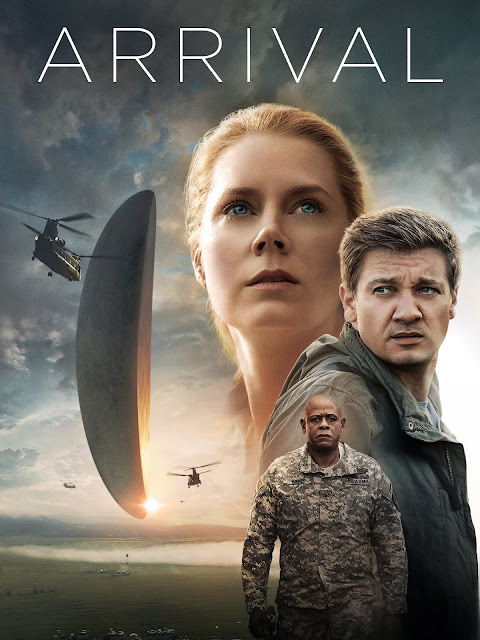 I first watched Arrival at around 2017, and unfortunately, I had deeply underestimated it when I was loading it up. I was most likely really tired at that time, not ready to think. Based on the trailers, I had thought that the movie was just another alien film, full of action and war. A movie perfect for a lazy evening.

I was very mistaken. This movie turned out to be one of the most emotionally and intellectually intensive movies I had ever watched, and I just couldn't follow what was going on. After the movie was done, I had literally no clue what had happened, so I ended up ruining the experience for myself by looking it up on Wikipedia to find out what I had just watched. I never got to fully appreciate the film itself, all because I had watched it at the wrong time.

Earlier this week, I decided that it was finally time for me to revisit this movie and actually understand it. I knew beforehand what the big reveal was going to be, and I also knew that the movie was considered an amazing film, but what I watched over the last 3 days still far surpassed my expectations. I can honestly say that it's one of the best I've seen.

This is the first review I'm going to write where I don't want to spoil anything significant; watching the movie for the first time is probably the best thing about this movie, and if I could, I would definitely erase my memory so I could truly experience this movie as it was supposed to be experienced.

It's hard to write down explicitly why I liked this film so much, but I've narrowed it down to these few points:

In the end, the way I would describe this movie is that it doesn't entertain me. It instead makes me feel. It makes me think. I strongly encourage those who haven't seen this film to go see it. But please be emotionally and intellectually prepared when you do.